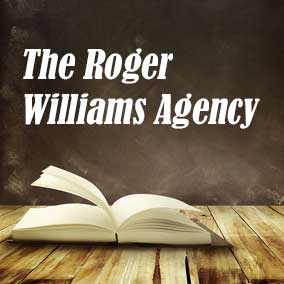 The Roger Williams Agency, a Division of New England Publishing Associates, Inc. was founded in 1983. Managing Director for the agency is Roger S. Williams. Roger has worked in publishing for over thirty years as a bookseller and sales director at Bantam Doubleday Dell, and Simon and Schuster. His background has spanned a broad range of successful positions from many publishing industry perspectives. He has been involved in sales, marketing, merchandising, editorial, and product development. He has run, and owned successful bookstores (both corporate and independent),  he has sold to traditional and special sales accounts, national retail, wholesale, mass market, and independent channels. Williams was one of the first industry sales directors to educate other industry professionals on the new technologies and helped to develop one of publishing’s first umbrella websites (www.bookwire.com in 1995).  Roger is a member of the Association of Author’s Representatives, the American Booksellers Association, The Society of Military History, The Organization of American Historians, The American Historical Society, and The Princeton Battlefield Society. The parent company for The Roger Williams Agency is New England Publishing Associates (NEPA). NEPA was launched in 1989 by Elizabeth Frost-Knappman and Edward W. Knappman (1944 – 2011). Elizabeth was formerly a Senior Editor at William Morrow and Doubleday, and an editor at the Natural History Press and William Collins & Sons (London). She has also authored numerous reference works.  Now retired, Elizabeth is Agent Emeritus of the agency.  Before joining the agency in 1990, Ed Knappman was the publisher and executive vice president of Facts On File. There he initiated, planned and executed that company’s move from subscription services into reference book publishing, personally acquiring some 400 reference titles. He also launched Facts On File’s British operation, conceived and developed two of its periodical services, and supervised FOF’s editorial, marketing, production, electronic publishing and computer services department. He was also the editor of Great American Trials (Gale Research, 1994; revised edition 2002) and Great World Trials (Gale Research, 1996). The agency is now called The Roger Williams Agency, A Division of New England Publishing Associates, Inc.  The office in Lawrence Township, New Jersey. 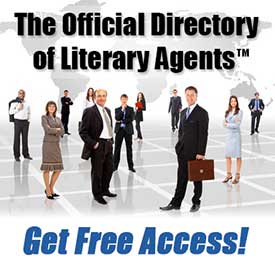 As soon as you enter your name and email address to the right, you’ll be able to see complete profiles for every literary agent at The Roger Williams Agency (and every other literary agency).

Get FREE Access Now to All The Roger Williams Agency Profiles!

Most literary agency directories (print and online) are outdated, incomplete, and riddled with mistakes. If you rely on those directories to find literary agents at The Roger Williams Agency, you’re going to hurt your chances of getting an agent to represent you.

Scroll back up to the top of this webpage now to enter your name and email… for FREE information and listings for all book agents at The Roger Williams Agency.